We had a $500 budget for the shower (split between 5 girls) so I knew I was going to have to get creative to decorate the way I wanted and still have money left over for food and drinks for 20+ people.  I decided to make some of the decorations myself to save money.  One very inexpensive project was hanging photographs of the couple.  I saw something similar on Pinterest and decided to adapt it to be my own.  I started with 15 yards of pink tulle purchased from Walmart for $14.97.  I also picked up some pink balloons for $0.97 along with pink and white faux carnations for $4.  I cut the tulle into 1 2/3 yard pieces and then covered the inflated balloons with it, securing with a rubber band.  I then hot glued the carnations to the base and tied some twine string to the base and threaded white string through the top. 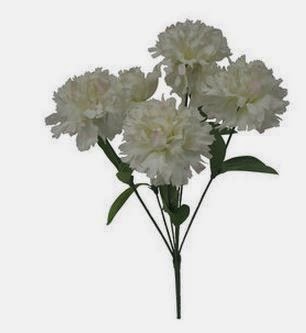 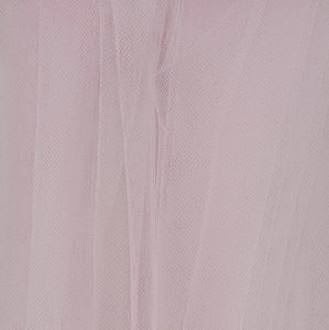 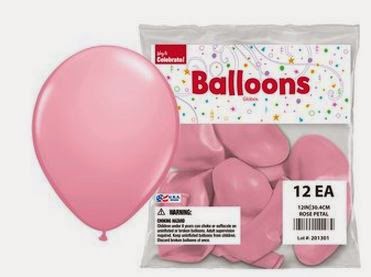 After several failed attempts to tape the string to the ceiling, I finally just used a staple fun and secured them that way.  Once hung, I taped photos of the couple to either side of the twine so they were hanging down from the top.  For the photo printing, I found Costco had the best price at $0.43 per 5x7 photo.  All in all for 9 balloons it was $28. 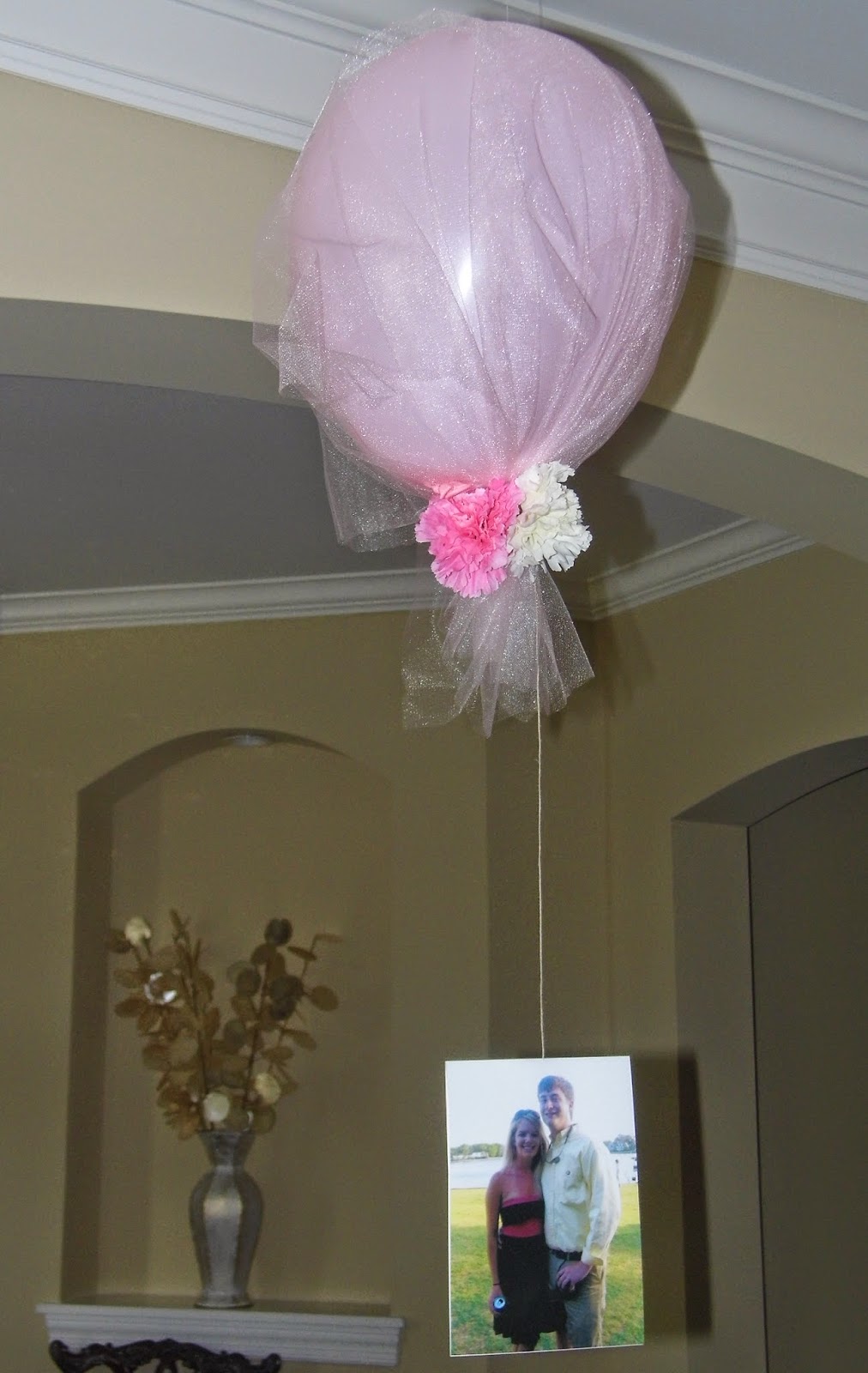 Next, I wanted to add a few custom signs around different areas of the shower.  I have a ton of chalkboard easels left over from a wedding I did a few months back the bride didn't want so I used those to start off.  I used a white paint pen I already have (available at Hobby Lobby stores for $1.74) to write on the signs. 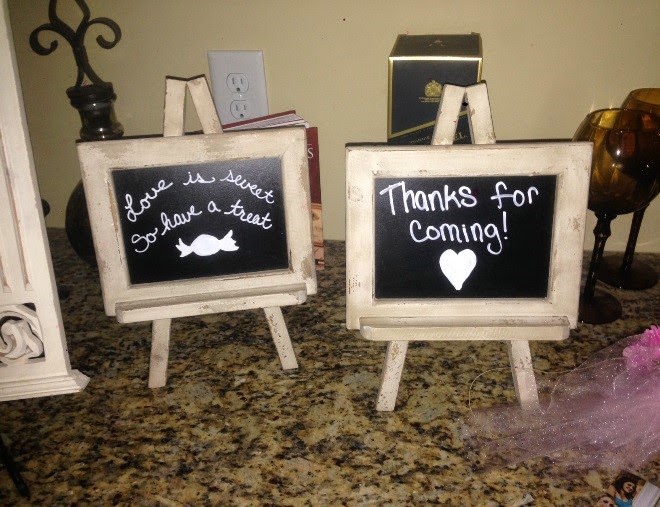 I also had some additional frames from the same wedding with burlap that I thought would fit right in.  Using the image from the invitations I made a sign for the kitchen and put it inside the frame. 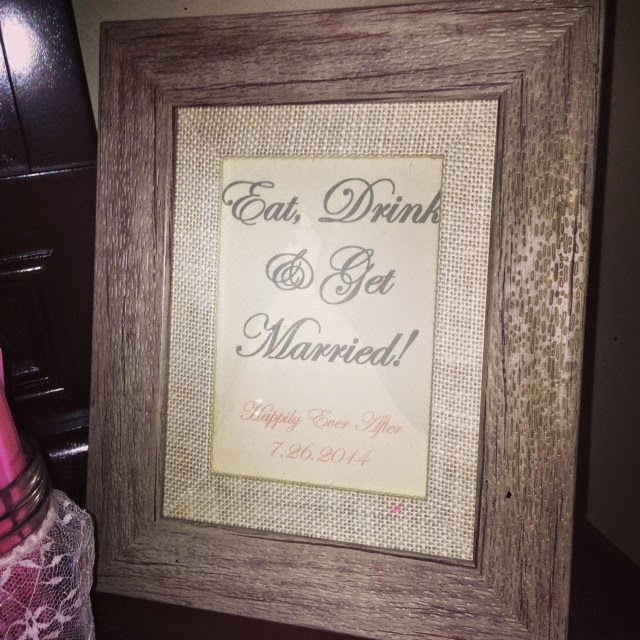 I was on such a roll I decided to keep it going when I found this mirror at Good Will for $8. 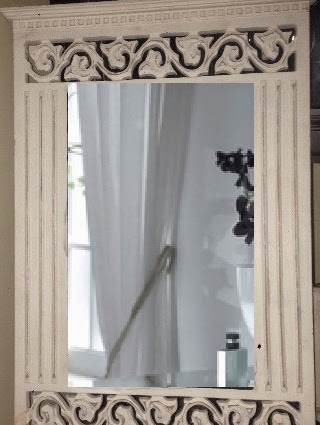 I have a ton of chalkboard paint so I decided to use it to paint the mirror, then write the couple's story on the front with a paint pen.  I set it on an easel and it turned out so cute!  Did realize after this photo I'd put 2014 instead of 2013 but that was an easy enough fix before the shower. 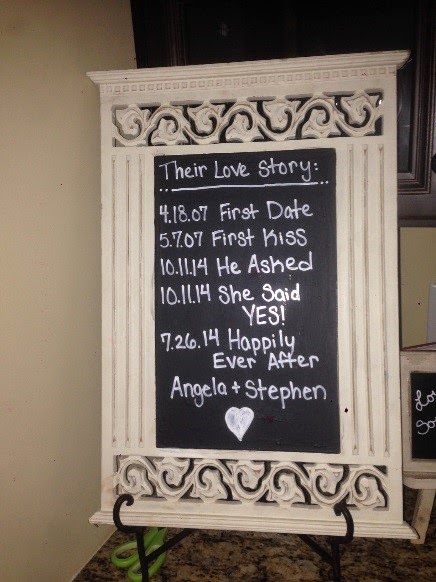 I probably went a little overboard on the DIYs but I decided to keep on going and made some favors for all the guests.  I used some miniature mason jars I found at Hobby Lobby for $0.75 on a 50% off glass day.   I filled them with pink sugar scrub I found at Big Lots for $4 (used 4 tubs).  I cut out some extra burlap scraps I had into circles and rubber banded them around the top, finished with a pink ribbon ($3 for 3 spools) and tag. 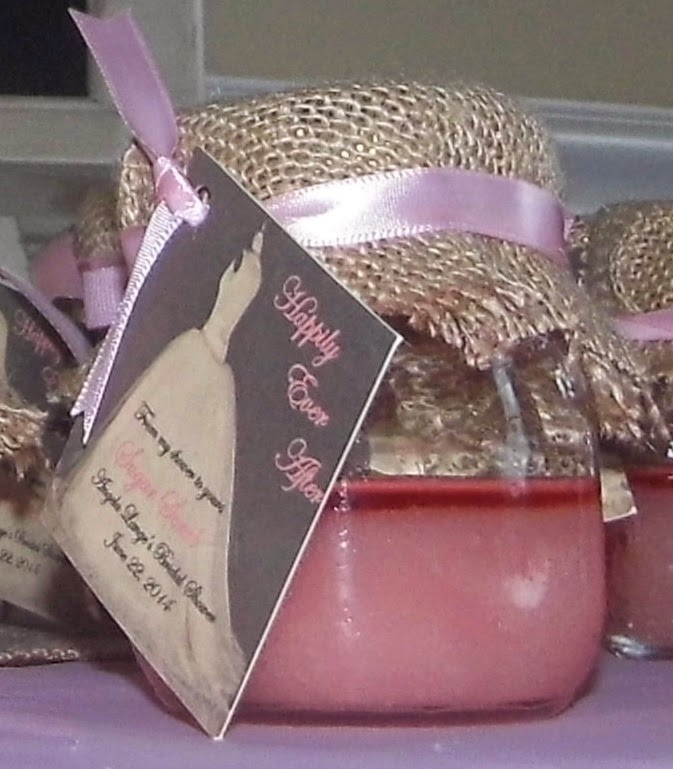 I also used the burlap and ribbon theme to make a sign for the front door and vases for the island.  For the sign,  I used foam board and cut out the letters I, D and O, using an Xacto knife - working slowly as it's more difficult to cut out circular shapes than straight lines.  I then widely traced the letters onto the burlap and cut it out.  Using spray adhesive, I glued it to the letters and then staple gunned them at the back.  I then used a wider pink ribbon to tie all letters together.  I used the leftover burlap and ribbon to tie ribbons onto some cylinder vases leftover from my wedding. 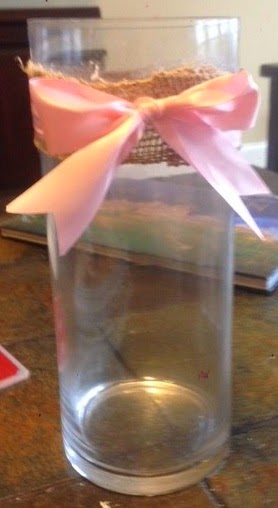 Last thing I promise!  I saw a similar idea again on Pinterest so I decided to "Gracify" the idea. I used the same silhouette from the rest of the shower and printed out forms for the girls to fill out as "letters to the bride."  I then purchase two pieces of 1/4" plywood cut to 8x10 rectangles from Home Depot along with a pink paint pen for a total of $6.50.  I painted the plywood cream with some paint I had leftover (it's $0.50 at Walmart) and then wrote "Letters for the Bride" on the front of one of the pieces.  Using a drill, I drilled three holes in each piece to match where I'd punched holes in my paper.  I then tied all the items together using twine to make it like a book. 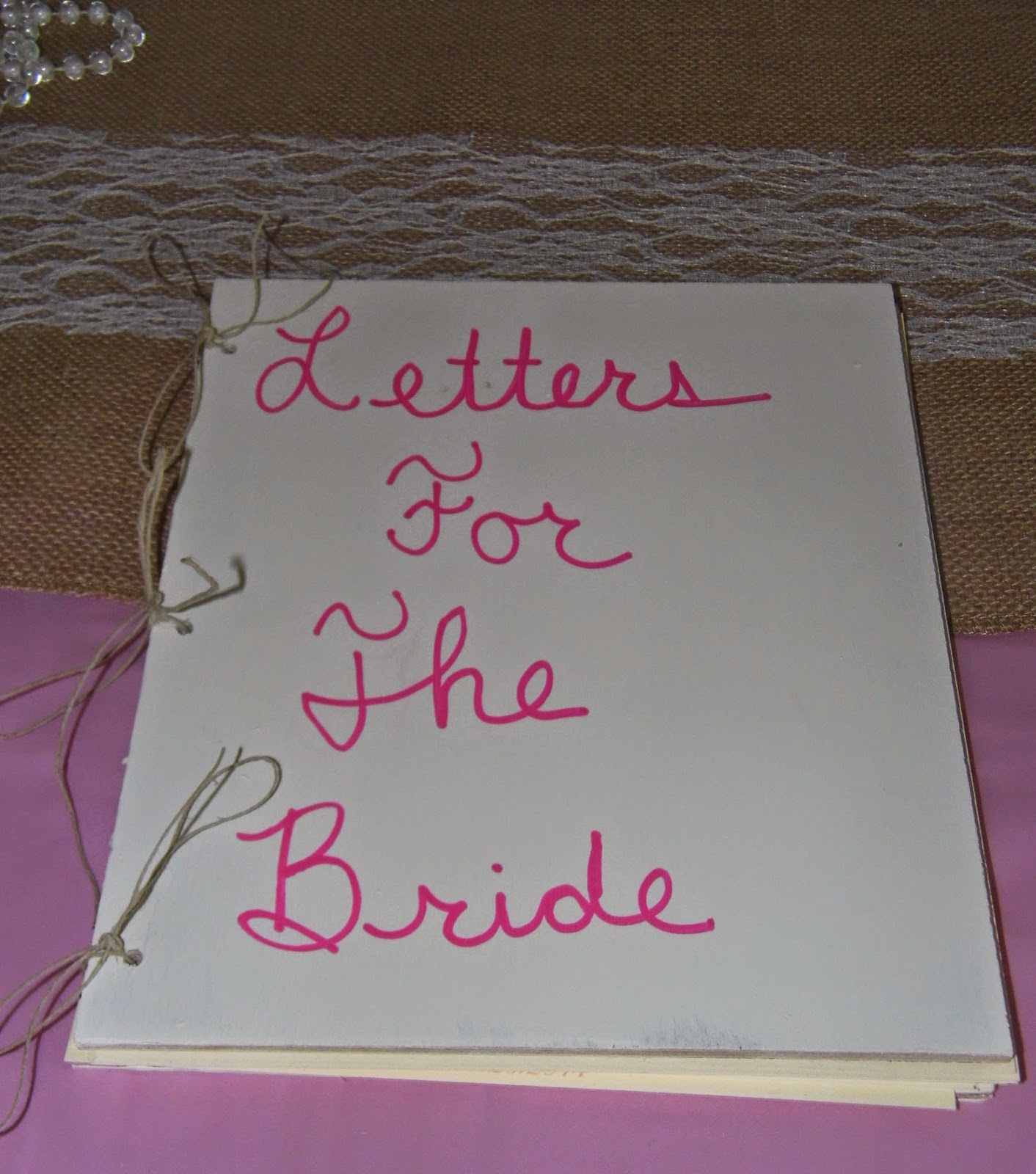 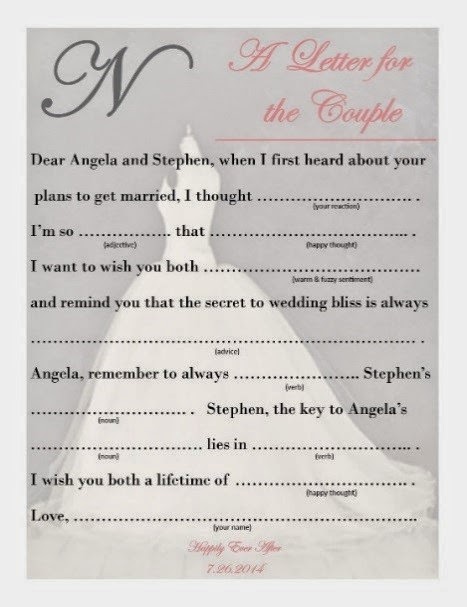